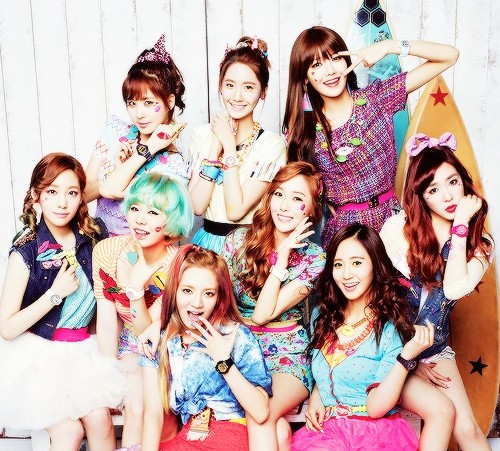 
The group consisted of 9, with a member being dismissed in September of 2014. Their official fanclub color is pastel rose pink. Fans are called SONE.


SNSD made their introduction into the K-Pop market with their instant hit song "Into the New World" in 2007. SNSD had many follow up singles, such as "Girls' Generation".

SNSD made their debut into the K-POP Market with their debut song "Into the New World" and the joint single "Girls Generation'. In 2009, their follow up single "Gee" destroyed all music charts and created their reputation as the girl group who can compete with male groups/artists. This makes them one of the best groups in the History of K-Pop (at least in my opinion).

They have make quite an eartquake in Japan when they released Japanese versions of their hit songs "Gee","Oh!", and "Mr. Taxi". They have even collaborated with Japanese companies to release songs like "Galaxy Supernova" and "Divine".